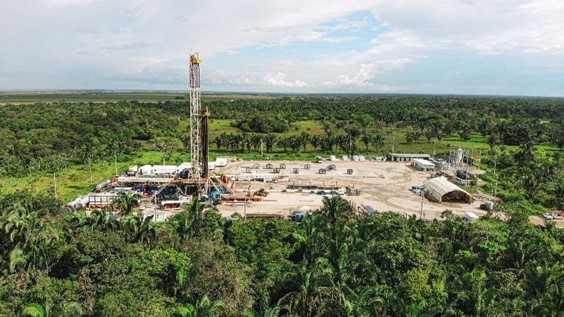 Once you face the reality that the world will still be producing billions of barrels of oil per day in 2050 then the next step is to make that fuel as low-carbon as possible. And that’s where Latin America comes in. Home to 20% of the world’s oil and gas reserves, but less than 10% of its people and GDP, the region is a natural exporter. It also contains some of the ‘cleanest oil’ in the world. This concept isn’t widely understood by the general public but as ESG principles become more important for institutional investors, they are allocating their capital to energy companies that mitigate their environmental impact and have a positive social influence.

The most established measure of oil’s impact is the C02 emitted in the process of making each barrel. On that criteria South America scores very well. Each barrel of oil produced in Argentina’s Vaca Muerta shale basin, emits 15.8 kg of C02 per barrel, well below the global average. Indeed GeoPark, an NYSE-listed, independent Latin America-focused oil and gas E&P that produces oil onshore in Colombia, Ecuador and Chile emits 19.6 kg of C02 per barrel. To give some comparisons with other major oil producers, the US emits 19 kg of C02 per barrel, Russia 20 kg, Canada 36 kg and Mexico 44 kg. So, if the world still needs oil but wants to reduce emissions the solution is simple – replace the dirty oil with cleaner onshore Latin American crude.

“The energy transition can’t happen without reliable, clean oil and gas, so it doesn’t make sense to starve the industry of capital,” says Andrés Ocampo, CEO, GeoPark. Indeed, high oil prices hit renewable energy because they make it less competitive as an investment. The solution is to have thriving oil and gas companies like GeoPark that can produce low-cost energy and invest excess returns in positive social and environmental impacts. Embedded in our five-year plan is a commitment to reduce carbon emissions by 40% over the next three years. Hopefully we can do even better.”

To read more, click here: How to Invest in Latin American Clean Oil.pdf