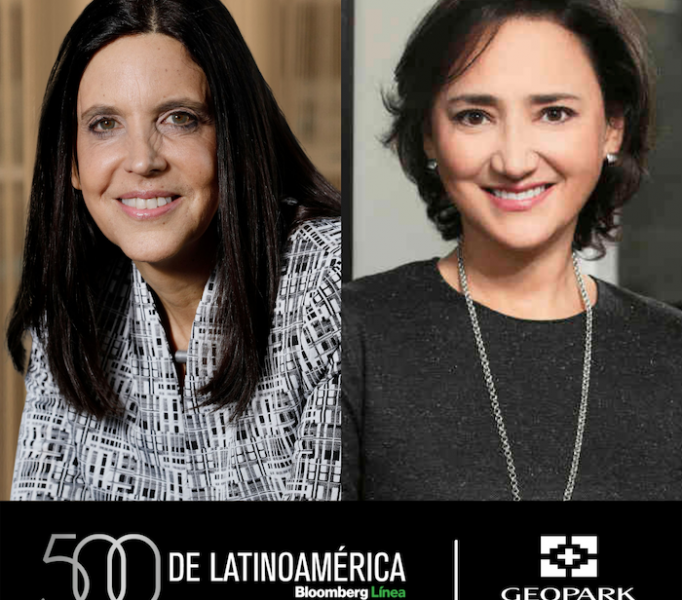 Bogota – The prestigious financial and business content platform Bloomberg has included GeoPark CEO and Colombian Petroleum Association (ACP) Chair Marcela Vaca and GeoPark Chair Sylvia Escovar in its first edition of a list of the 500 most influential people in Latin America. This list is a collection of characters from all sectors whose contribution to the development and progress of Latin America stands out.

GeoPark, a leading independent oil and gas exploration and production company, is proud that two of its executives were included and that they stand out further as the only representatives of the oil and gas industry on the list.

GeoPark congratulates both executives for their leadership and appreciates their contributions, which are essential to continue providing safe, affordable and reliable energy to develop Latin America.

To see the Bloomberg list in full, see: https://www.bloomberglinea.com/english/reports/500-most-influential-people-in-latin-america/

GeoPark is a leading Latin American oil and gas exploration and production company with assets in Colombia, Ecuador, Chile, Brazil and Argentina that since 2014 has been listed on the New York Stock Exchange. It is the second-largest oil producer in Colombia with almost 8% of total production in the country. Since its foundation, GeoPark has had an Integrated Values System called SPEED, which encapsulates the Company’s commitment in five critical areas: Safety, Prosperity, Employees, Environment and Community Development. SPEED has been GeoPark’s key to attracting the best talent, being the partner of choice, the best neighbor and developing a successful, safe and sustainable operation.