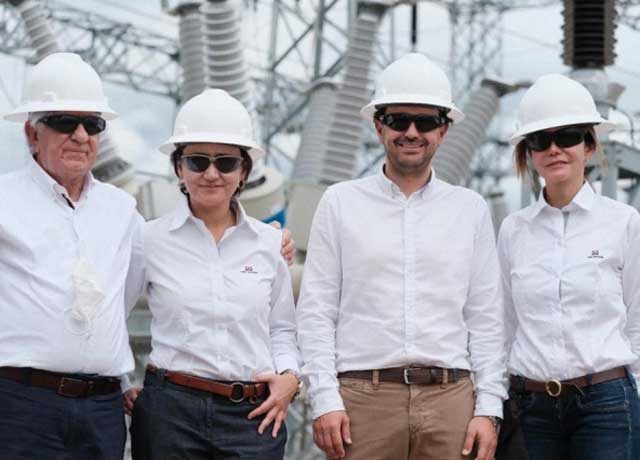 The construction of a 37km, 115kV power transmission line and the Tigana and Jacana substations guarantees the supply of 68MW from the Chivor hydroelectric plant to support the production of about 58,000 barrels of oil per day – equivalent to 8% of total Colombian oil production – with 100% renewable hydroelectric power.

The total connection of Llanos 34 to the grid, known as the SIN, will reduce the block’s greenhouse gases emissions by 100,000 tonnes/year, equivalent to what would be achieved by planting more than 7.5 million trees. In this way, GeoPark is making decisive progress towards its goal of reducing the intensity of its Scope 1 and 2 emissions by 35-40% by 2025.

“Thanks to the work coordinated between the National Government, the private sector and communities, we have managed to increase the amount of renewable power in Colombia and make the energy transition the main legacy for the country’s present and future,” Mines and Energy Minister Diego Mesa Puyo said at the project’s opening ceremony. “GeoPark has been a great partner in that objective and does not rest when it comes to its objective of being an increasingly sustainable company, because apart from the inauguration of this transmission line it has reached 80% completion of the construction of the Llanos 34 solar farm, which will have a capacity of 9.9MWp and will start operations in the third quarter of this year,” he continued.

“Today is a historic day for GeoPark,” General Director Marcela Vaca Torres said. “With the start of operations of the interconnection between Llanos 34 and the national grid, we are taking a substantial step towards meeting the goals of reducing not only our Company’s CO2 emissions, but also the country’s. We continue to work on reducing our carbon footprint to ensure the cleanest and most responsible hydrocarbons production in Colombia.”

In line with GeoPark’s commitment to promote decent work for its neighbors, more than 650 job opportunities were created during the construction of the transmission infrastructure and electrical substations, and the Company purchased goods and services for over US$1.9 million from local suppliers.

To use more renewable energy sources in guaranteeing the reliability of the Llanos 34 power system and continue reducing CO2 emissions, GeoPark will soon inaugurate its first photovoltaic solar plant in Casanare, which will have an installed capacity of 9.9MWp.

GeoPark is a leading Latin American oil and gas exploration and production company with assets in Colombia, Ecuador, Chile, Brazil and Argentina, and which has been listed on the New York Stock Exchange since 2014. It is the second largest oil producer in Colombia with almost 8% of the country’s total production. Since its foundation GeoPark has had an Integrated Values System called SPEED, which summarizes the Company’s commitment in five critical areas: Safety, Prosperity, Employees, Environment and Community Development. SPEED has been key for GeoPark in attracting the best talent, being the preferred partner and the best neighbor, and developing a successful, safe and sustainable operation.