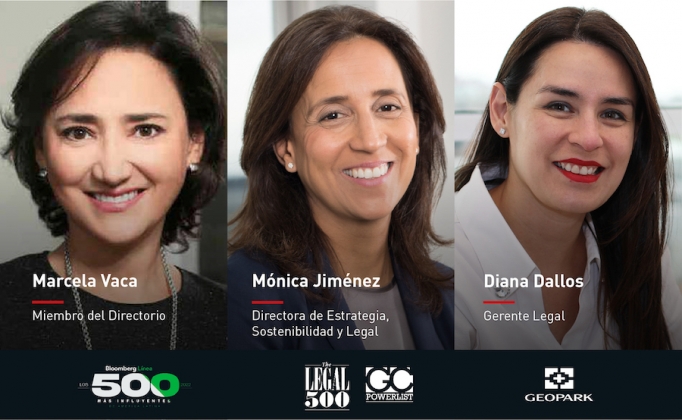 Bogota, Colombia. September 22, 2022 – GeoPark Board member and former General Director Marcela Vaca Torres was one of the 15 Colombian women included in The 500 Most Influential People in Latin America in 2022 ranking by Bloomberg Línea. It is the second consecutive year that Marcela has featured in the ranking, which highlights the most influential entrepreneurs, executives, entrepreneurs, philanthropists and public servants in the region.

GeoPark congratulates the three leaders for their important role and appreciates their contributions, which have been instrumental in the Company fulfilling its promise to Create Value and Give Back to its stakeholders.